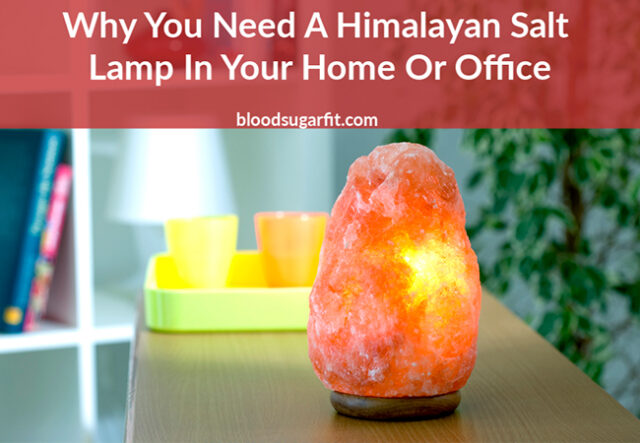 The very first time we heard about a Himalayan salt lamp, we didn’t know what the conversation was about.

It seemed that people were beginning to recommend taking a block of salt, shining light through it to warm it and illuminate the rock’s color, and that by itself would clean the air.

According to the people I first heard it from, it was especially beneficial for people who have colds, asthma and allergy sufferers, and anyone with chronic breathing problems.

Here at Blood Sugar Fit, we thought it made sense to investigate further and then come back here and give you the details.

So if you’ve been wondering if Himalayan salt lamps really are effective, you’re in for a treat. Keep reading to find out what they do to your body when you use them.

What Is A Himalayan Salt Lamp?

Himalayan salt lamps are made from crystallized sea salt that comes from the Himalayan mountains.

The ones I’ve seen range in color from white to a soft coral or a deep pink. I’ve even seen darker shades of Himalayan salt – as dark as black.

But I’m not sure how many people like the idea of lighting a black lamp in their house at night.

With all the hype surrounding their usefulness, we were in a rush to learn how to use the salt lamps to detoxify a space.

The important thing for you to know is that Himalayan salt is a very common cooking staple all around the world.  The salt is high in nutritional value, and it has less sodium than regular table salt –  which is great news for people who suffer with high blood pressure.

Cooking aside, salt lamps are made of big sharks Epsom salt crystals that come from the Punjab region of Pakistan.

The lamps are slightly hollowed-out on the inside, and then lamp makers put a small bulb inside the base of the crystal that allows the crystal’s color to be spread around the room.

How Does A Salt Lamp Work?

Generally speaking, we know the salt is important for the human body.

We include it in our diets because the body needs salt for things like regulating blood pressure, keeping our stomach pH levels balanced for healthy digestion, and keeping the right fluid levels.

It’s really important to consume the right amount of salt every day. It was amazing to find out this salt also can affect your body externally.

Now, one of the things that  salt does is that it draws water molecules to itself. Basically, salt attracts water.

That’s why sports drinks usually have a salty taste to them, and it’s also why you tend to get bloated or swell a little bit if you have eaten too much salt.

One of the benefits of having a Himalayan salt lamp in your home is that it has the ability to attract  and hold onto water.

Water vapor carries all the things that are in your air…

…so if there’s pollen in the atmosphere, you get to breathe it in. It’s the same with toxins, allergens, and indoor pollutants like mold.

When you plug in your Himalayan salt lamp, it will give off a beautiful, comforting low to help you sleep well at night, but it will also draw in all the bad stuff in your air and trap it.

Since the lamp is heated with light, it naturally dries the water, releasing it back into the air while holding onto the pollutants.

What Are The Benefits Of Using A Himalayan Salt Lamp In Your Home?

One of the most important things that a Himalayan salt lamp does is that it gives off negative ions when lit and heated.

All day long, we are surrounded by positive ions that are being given off by our televisions, phones, computers, and tablets.

Electromagnetic radiation has been proven to cause fatigue, stress, and even lower the immune system response.

Having a salt lamp in your bedroom will help reduce maybe even completely eliminate the effects of daily exposure to electromagnetic radiation by releasing negative ions.

Negative ions are released into the atmosphere from natural things like ocean waves, storms, waterfalls, and even running water. There’s a reason why people feel so relaxed watching and listening to waterfalls.

The sheer number of negative ions released by the ocean is probably why beach vacations are so popular.

In addition to releasing negative ions and cleaning your air, here’s what having Himalayan salt lamp in your home can do:

And this list goes on. I’ve seen people with itchy eyes stop having to buy allergy eye drops within a week and never have to buy them again.

For people with allergies, this can be life-changing.

If you have ever struggled with breathing issues, you already know that having clean air that is toxin-free does wonders for your health.

Anytime the quality of your air is compromised, you put yourself at risk of having health problems like asthma and a lowered immune system.

And while the research on salt lamps is still new, there is a lot of anecdotal evidence that is reliable. Remember: you don’t always need to wait on a professional to tell you that something is good for you.

Millions of people around the world are realizing the benefits of having a Himalayan salt lamp in their home, and you can do the same for yourself, too!

Bonus points: They are less expensive than air purifiers, and they don’t make a sound.

What Kind Of Salt Lamp Should You Choose?

The kind of Himalayan salt lamp you buy is going to depend on a couple of things.

Generally speaking, you need a pound of salt per 16 square feet. That means you can usually get away with having one lamp in most average sized bedrooms and offices.

The average weight is approximately 5 lbs, so if you have any issues with lifting thanks, be aware of that. The larger the room, the heavier the rock will be.

Ultimately, it will be your choice how many salt lamps you want to put in a room.

For people who  want a really clean space, they might put two medium sized lamps in one room. It’s completely up to you!

One thing you need to keep in mind is the fact that salt lamps do absorb water. Try not to have them in very humid environments like bathrooms, near the sink, or even near the washing machine.

Your salt lamp can melt.

If it does start to melt, throw it in the trash! A melting salt lamp can become a fire hazard.

Just keep it away from very humid environments, and you’ll be just fine! (They are fragile, though. So be careful not to drop your lamp. It will most likely break!)

Another thing you probably want to keep in mind is that some salt lamps are fake.  Here’s how you can spot the fakes.

You can buy your salt lamp online, or you can buy it locally in one of your favorite retail chains or local shops.

So What’s The Bottom Line On Salt Lamps?

Some people swear by them, and some people say they do nothing at all.

What you need to know is that the overwhelming majority of people who buy Himalayan salt lamps love them and buy more of them.

This is not a trend or a fad that’s going to go away anytime soon – if ever!.

What that means is that even though there’s not a whole lot of research to back what people are saying, people all around the world are saying the same thing: Himalayan salt lamps work and help improve air quality and breathing ability.

Have you ever bought a salt lamp? How did it work out for you?? 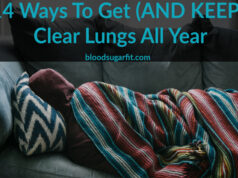 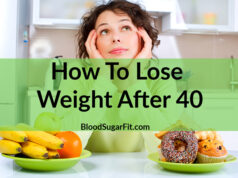 The Amazing Benefits Of Magnesium For Anxiety